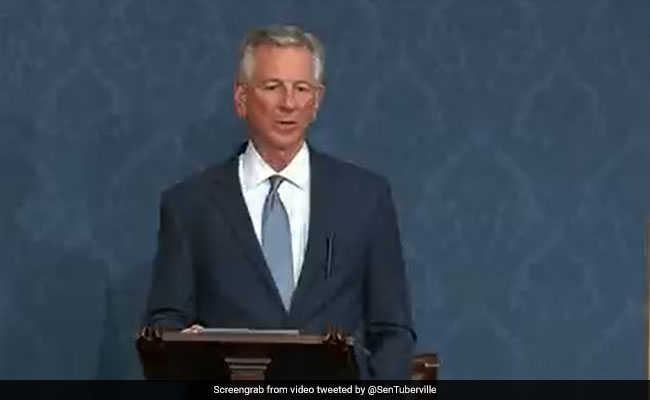 Tommy Tuberville is a member of the Senate Armed Services Committee.

U.S. relations with India are deepening, a senior Republican senator said, as he supported growing calls for a CAATSA presidential waiver in New Delhi on the purchase of S-400 missiles from the Russia.

The S-400 is known as Russia’s most advanced long-range surface-to-air missile defense system.

Senator Tommy Tuberville has said he is in favor of granting India a sanctions waiver for its purchase of the Russian S-400 missile defense system.

“Our relationship with India is deepening. We have met with Prime Minister (Narendra) Modi and senior officials to discuss Chinese aggressions against India,” Senator Tommy Tuberville said on Tuesday.

The senator was part of a congressional delegation to India and Southeast Asia to get a first-hand impression of the dangers China poses in the region.

Speaking about CAATSA, he said: “I think it should be deleted,” Politico reported on Monday.

“We would have liked (for them) to have an Aegis system or a Patriot system… but they decided to go in a different direction. So we’ll see what Congress and President Biden say about it,” he reportedly said.

The United States has expressed “concern” over the delivery of S-400 Triumf surface-to-air missile systems from Russia to India.

The Biden administration has not yet clarified whether it will impose sanctions on India under the provisions of the Countering America’s Adversaries Through Sanctions (CAATSA) law for the purchase of the S-400 missile systems.

CAATSA, which was introduced in 2017, provides for punitive actions against any country engaged in transactions with Russia’s defense and intelligence sectors.

In October 2018, India signed a $ 5 billion deal with Russia to purchase five units of the S-400 air defense missile systems, despite a warning from the then-Trump administration that the prosecution of the contract could result in US sanctions.

The United States has already imposed sanctions on Turkey under CAATSA for the purchase of a batch of S-400 missile defense systems from Russia.

Following US sanctions against Turkey for the purchase of S-400 missile systems, there were concerns that Washington would impose similar punitive measures on India.

Russia is one of India’s major arms and ammunition suppliers.

In the United States, calls are mounting to urge the Biden administration to grant a CAATSA waiver to India.

In October, two powerful U.S. Senators – Mark Warner of the Democratic Party and John Cornyn of the Republican Party – urged President Biden not to impose CAATSA provisions on India for purchasing the S-400 missile system as ‘it’s in the country’s security interest.

“We strongly encourage you to grant a waiver to CAATSA to India for its proposed purchase of the S-400 Triumf surface-to-air missile system. In cases where the granting of a waiver would advance the national security interests of the United States, that waiver authority, as written into law by Congress, grants the President additional discretion in the matter. enforcement of sanctions, ”they wrote in a letter to Biden.

Warner, Chairman of the Standing Senate Intelligence Committee, and Cornyn, Senate Whip for the Grand Old Party (GOP) Minority, are both co-chairs of the powerful Indian Senate Caucus, the only country-specific caucus in the Senate American.

Speaking of his visit to India, Tuberville said: “I have been encouraged that Prime Minister Modi is not only committed to continuing to support our freedom of navigation operations, but that India will increase them” , did he declare.

Tuberville is a member of the Senate Armed Services Committee.

(Except for the title, this story was not edited by NDTV staff and is posted from a syndicated feed.)