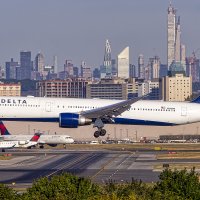 The agency said the decision was made due to “the evolving and highly unpredictable situation globally regarding the continued impacts of COVID-19.”

Under normal circumstances, carriers must operate at least 80% of scheduled flights in certain congested airports or risk losing their slots, but these rules were relaxed when the pandemic began in March 2020.

The latest decision means waivers for international flights will remain in place for the summer season until October 29 at New York John F Kennedy (JFK), New York LaGuardia (LGA) and Ronald Reagan Washington National (DCA). Airlines will therefore be allowed to reduce their international schedules at these airports without losing their slots.

“Based on global vaccination rates, changing infection rates and the threat of new virus strains, the continued unpredictability of travel restrictions and the disparity between demand for domestic air travel and the demand for international air travel, extending the current limited and conditional waiver for international operations by all carriers, is reasonable,” said a notice issued by the FAA.

Opponents of continuing the relief included ACI-North America, which argued that airports “cannot accept a situation where extending the waiver for international operations would weaken the restoration of much-needed connectivity and harm the competitive landscape of airports”.

He added that waivers could have a “chilling effect”, discouraging new services at constrained airports due to a lack of long-term certainty.

However, the FAA said the relief would provide airlines “flexibility in this unprecedented situation and support the long-term viability of international operations.”

“The continuation of relief during this additional period is reasonable to mitigate impacts on passenger demand for international air travel resulting from the spread of COVID-19 around the world,” the agency added.