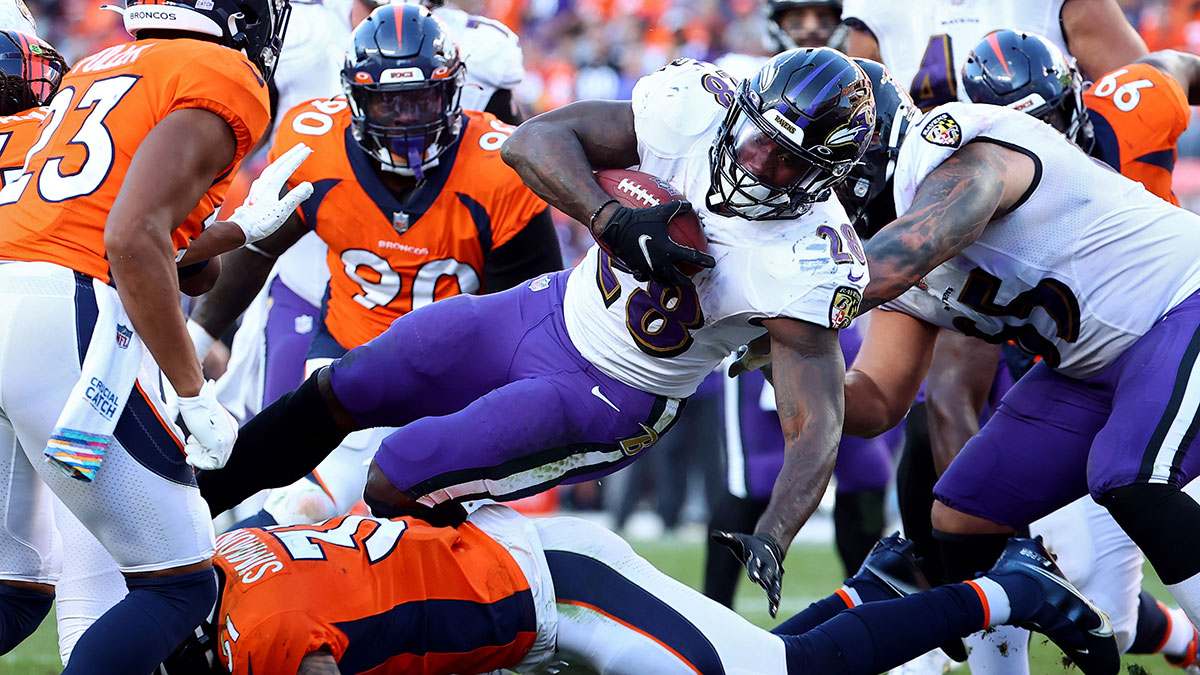 Target Latavius ​​Murray on Fantasy Waiver Wire? Its potential value and how much FAAB will offer to add Ravens RB

The Ravens backfield was absolutely desecrated with injury to start the season, but it looks like a clear No.1 fullback has appeared in Latavius ​​Murray. Baltimore signed a one-year contract with the Pro Bowl RB in September after losing JK Dobbins, Gus Edwards and Justice Hill to late-season injuries.

Former practice squad Ty’Son Williams was the first RB1 when Murray learned systems from the Ravens, but the veteran is now firmly at the top of the depth chart as Week 5 approaches. Ravens are known for their rushed prowess, making any clear leader in this valuable backfield – but how aggressively should you target Murray? Currently listed in 48% of Yahoo! leagues, our trio of analysts breaks down its potential value and how much of your Free Agent Acquisition Budget (FAAB) to bid in order to enter it.

Murray is probably already registered in your leagues. If it isn’t, I would consider it a very high priority. Murray’s snapshot count increased to 62% in week 4, from 31 to 36% in weeks 1-3. And remember, unlike veterans Devonta Freeman and Le’Veon Bell, Murray has been on the active roster early on while the last two were forced to accept practice team offers.

Murray is averaging 11.0 runs per game and could inherit the full workload from JK Dobbins in the future. I would spend up to 33% of your FAAB on it.

Ty’Son Williams was a surprise late in the game on Sunday, giving Murray, Le’Veon Bell and Devonta Freeman more opportunities. Murray has seen 18 of 23 runs for the backers and has 59 yards and a touchdown. Williams had two strong games and one not-so-good game in Week 3, so it’s a little curious to see him already in the doghouse with coach John Harbaugh. For now, consider Murray to be the leader in this first-race attack. He should be entered in all leagues except the shallower one.

Murray is one of only three high priority RB targets that I recommended in my Week 5 breakdown of the waiver cable market.

Murray is the RB of the Ravens roster. He’s firmly the leader (at least for now), who usually carries the RB2 or RB3 value in the Ravens offense. It runs about 25% of the time, but still has no catch, so it loses value in any type of PPR.

It is worth 15-20% of your FAAB for teams that need RB, especially since Baltimore may lower its floor with a “hot hand” approach in the future.

How would you rate this article?