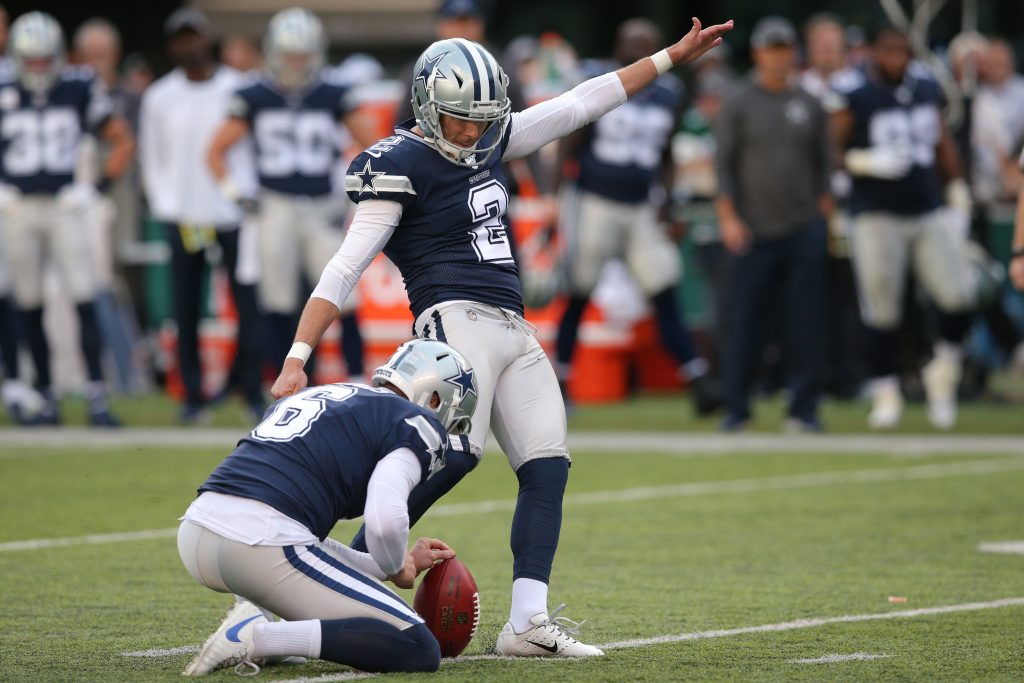 The Saints drove through a crowd of kickers in their bid to replace Will Lutz last season. Brett Maher ended up being the only one to stay, playing eight games and finishing the season. But the team made a move in preparation for Lutz’s presumed return.

New Orleans waived Maher on Tuesday. While the move makes Maher available to the other 31 teams, the former Cowboys kicker didn’t see any playing action between leaving Dallas in November 2019 and arriving in New Orleans in November 2021.

Maher had two stints as a Saint, the first time in August. A groin injury cut short that stint, but after Lutz’s regular-season lineup of substitutes in New Orleans – Aldrick Rosas, Brian Johnson, Cody Parkey – fell short, the team returned to Maher. The strong-legged specialist was 16 for 18 on field goals and made 10 of 12 extra points. Maher remains the only kicker in NFL history to have three field goals over 60 yards.

Lutz aggravated a groin injury in August that ended up wiping out his season. The regular Saints kicker tried to come back in October, returning to training, but a setback stopped him for the entire season. Lutz signed a five-year, $20.25 million extension in 2019. He’s under contract through 2023 and is expected to be $5.6 million off New Orleans’ cap in 2022.