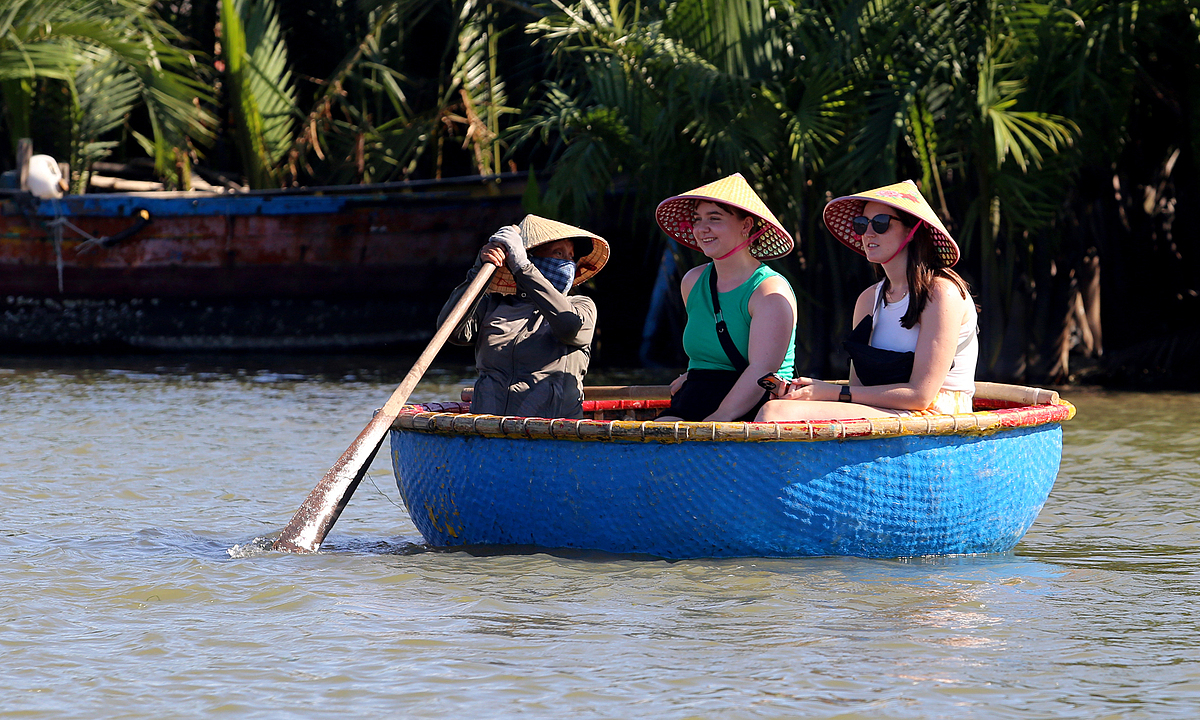 Nguyen Van Hung, Minister of Culture, Sports and Tourism, had earlier this week proposed that Vietnam expand visa waiver for tourists from Australia, Canada, India, New Zealand, India. Europe and the United States to spur the recovery of tourism after more than two years of pandemic restrictions.

Michael Burger from the United States, who visited Vietnam in May, said the proposal was definitely a positive step to facilitate travel to Vietnam.

“As a regular visitor to Vietnam, I am delighted to hear this news,” Burger said. Vn Express International.

This would help increase Vietnam’s tourism competitiveness among Southeast Asian countries that already exempt US passport holders from having to obtain a visa for stays of less than 30 days.

Ken Rafter from Australia said it would be “fantastic news” if Australians were exempted from obtaining visas before traveling to Vietnam.

“When Vietnam reopened to international tourism in March, my family had great difficulty getting visas before our flights left Sydney,” Rafter said.

“Instead of taking three days to get visas as usual, it took us up to 12 days, so I certainly consider not having to get visas before entry as a positive thing. “

Indian Nitesh Chavda, who plans to visit Vietnam in the next two months, also said he was satisfied with the tourism minister’s proposal.

“Good news! If the Vietnamese government comes up with a visa-free policy for Indians, I believe that many Indian tourists will visit the country,” he said.

India is currently seen as a country with the potential to boost post-pandemic tourism recovery in Vietnam.

Vietnamese authorities are now issuing up to 6,000 visas a day to Indians, a 24-fold increase from pre-Covid times, said Pham Sanh Chau, the country’s ambassador to New Delhi.

In addition to the 24 tourist markets eligible for a 15 to 30-day visa waiver, Vietnam now only issues a one-month, single-entry electronic visa to visitors from other countries.

Some tourists want the government to return to the three-month visa policy that was the norm before the pandemic.

Justin Douglas from the United States said: “Without extending the length of stay allowed, it doesn’t really change my opinion on visa policy. 30 days is already quite restrictive, but given that most travel from the USA takes 30 hours (plus jet lag recovery time) it doesn’t make much sense to come for a visa free stay of only 15 days when there are plenty of other places closer my house.”

Douglas thought the 90-day length of stay needed to be brought back to attract tourists.

“I’m currently in Da Nang visiting my friends I haven’t seen since 2020, but counting the days is stressful.”

The country hopes to welcome five million foreign tourists this year, around 30% of pre-pandemic levels.

Congress ensures loan exemption and free electricity for farmers, if elected to power in Gujarat

The LMAS shelter reaches its maximum capacity; Announces all FREE adoptions and…