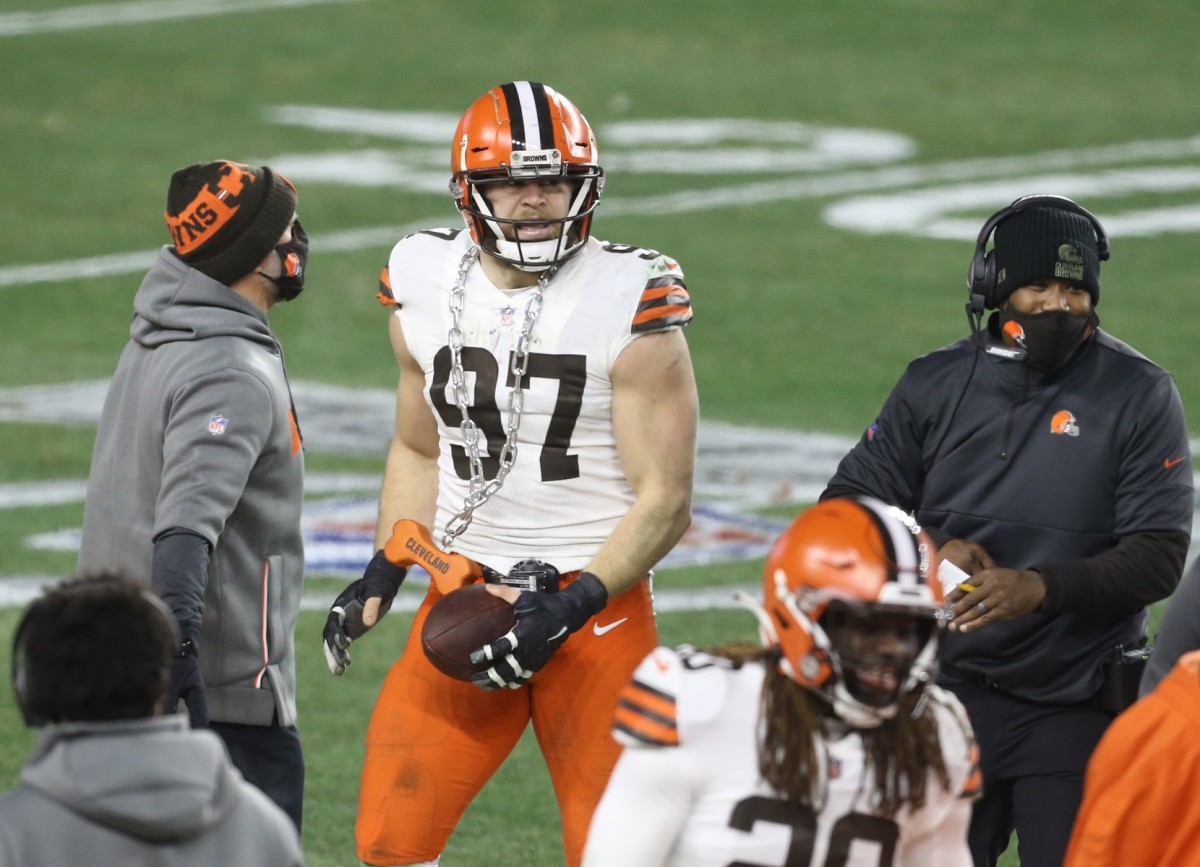 Miami Dolphins get ex-Cleveland linebacker back, give up two players

In the final days of their offseason schedule, the Miami Dolphins made some roster changes.

Gustin (6-5, 257) has appeared in 26 games with four starts for the Browns over the past three seasons after signing with their practice squad for the first time. He entered the NFL as an undrafted free agent after playing collegiately at USC.

Gustin’s most productive season came in 2020 when he played in 14 games with three starts and finished with 30 tackles. He has two career fumbles, one in 2019 and one last season. He bounced on and off the Browns’ practice squad last year after being waived Aug. 31.

His NFL highlight came in the 2020 playoffs when he intercepted Ben Roethlisberger in Cleveland’s 48-37 wildcard round win.

Davis, the cousin of former Dolphins first-round pick Vontae Davis, spent most of 2021 on the Dolphins practice squad but made his NFL debut late in the 33-win win. 10 against the Carolina Panthers in November.

Hall had signed with the Dolphins in February after playing 13 NFL games from 2017 to 2019 and completing two separate stints with the San Francisco 49ers practice squad.

The Dolphins roster now stands at 89 players, one short of the current limit.