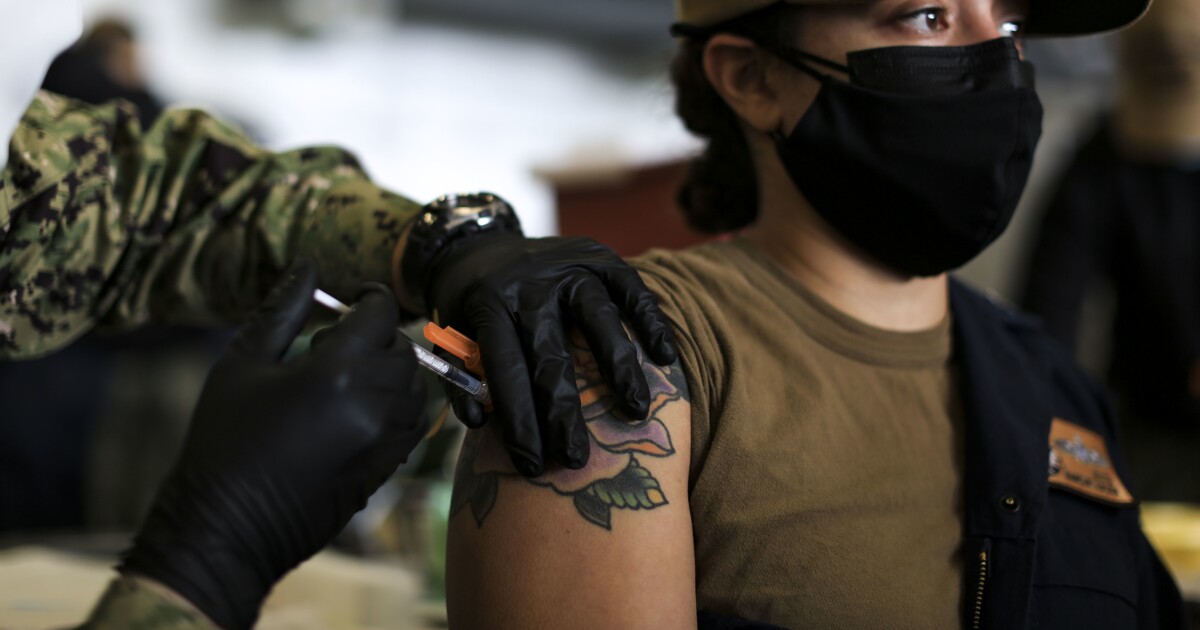 A Texas District Court judge on Monday issued a temporary injunction in one of the pending federal lawsuits filed by service members challenging the Pentagon’s coronavirus vaccine mandate, preventing the service from disciplining 35 sailors for refusing the vaccine.

Mike Berry, general counsel for the First Liberty Institute, welcomed the injunction in a statement emailed on Monday.

“Forcing a military person to choose between their faith and serving their country is odious to America’s Constitution and values,” said Berry. “Punishing SEALs for simply asking for religious accommodation is purely vindictive and punitive. We are delighted that the tribunal has acted to protect our brave warriors before further damage is done to our national security. “

The order prevents the Navy from applying its vaccination mandate and its policy of administrative discharge on the 35 sailors involved in the trial. All active duty members must be fully immunized against COVID-19. Those who refused the vaccine face sanctions, including demobilization from the military.

A Navy spokesperson, citing an ongoing litigation, declined to comment on the decision. It is not known if this will have any effect on other sailors facing the separation.

As of Thursday, the Marine Corps had already fired 206 Marines for refusing the vaccine. The Navy is expected to start doing the same, according to an administrative message on Dec. 15.

Judge Reed O’Connor said in his order that the Navy’s widespread denial of all religious waiver requests amounted to a violation of their rights under the 1st Amendment and Restoration of Religious Freedom Act .

“The Navy members in this case seek to defend the very freedoms for which they have sacrificed so much to protect,” O’Connor wrote in the ruling. “The COVID-19 pandemic does not give the government any license to abrogate these freedoms. There is no COVID-19 exception to the First Amendment. There is no military exclusion from our Constitution.

O’Connor goes on to write that the claims of the 35 sailors are “strong,” noting that “secular” waivers, under the guise of medical waivers, were approved while religious waivers were not.

The judge goes on to say that the loss of seafarers’ “religious freedoms” outweighs any future harm to the Navy, and that although 80 servicemen have died from the virus, 99% of the Navy are vaccinated and that “COVID- 19 treatments are increasingly effective and widely available.

O’Connor, who was appointed in 2007 by then-President George W. Bush, made headlines as the Texas state government challenged the policies of the Obama administration in court. , canceling several of them. It was no accident, according to the Texas Tribune, as the state has repeatedly filed complaints in the O’Connor District.

Notably, O’Connor struck down the Affordable Care Act in its entirety in 2018 after Texas and several Republican-led states sued. That decision was overturned by the United States Supreme Court in June.