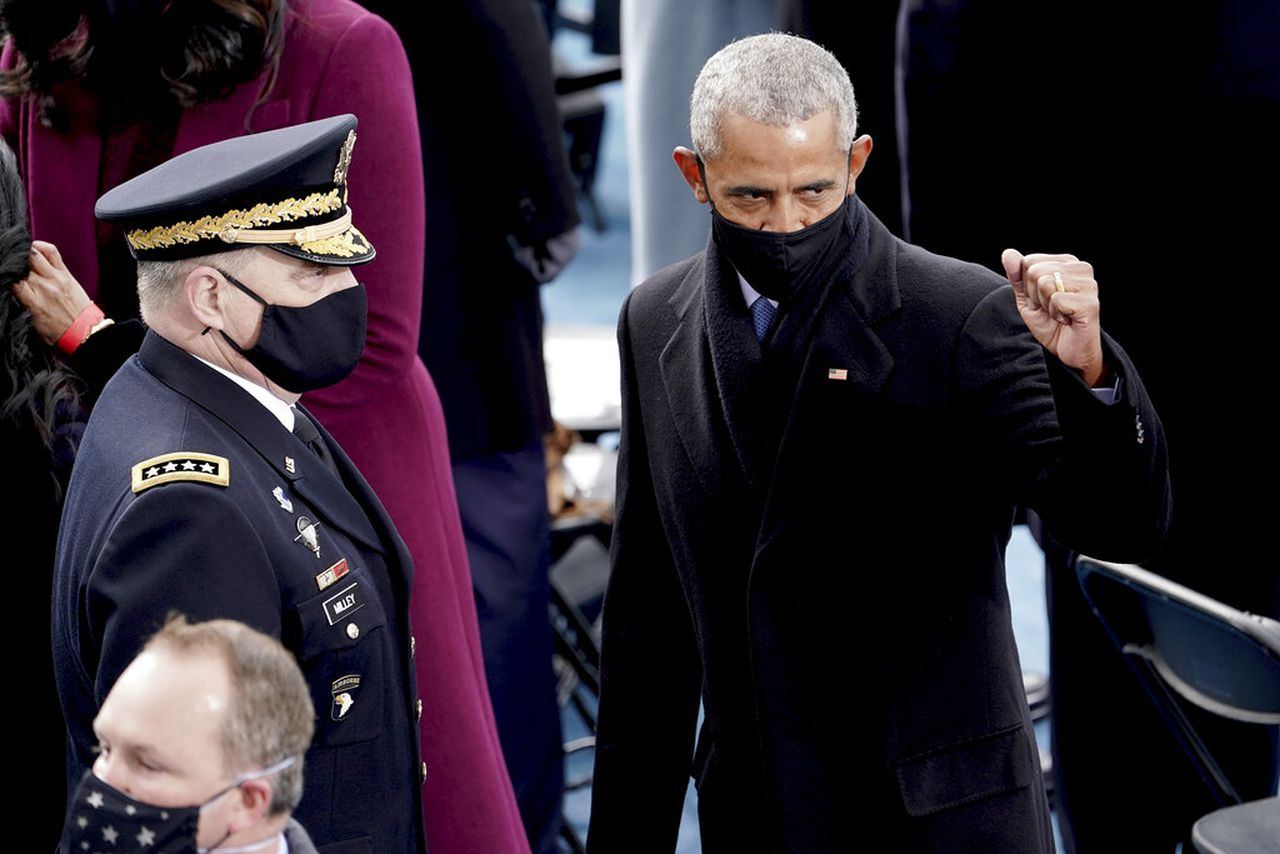 This is an opinion column.

It was early November 2008, a few days before the US presidential election. I lived in New York and had lunch with a friend. There was a lot of anticipation and optimism in my circles about the possible election of then-US Senator Barack Obama to the highest office in the United States – and concern.

“I just hope …” my friend said, her voice fading. The words didn’t need to be spoken.

I tried, as best I could, to allay his fears, to change the subject.

“If he is elected,” I said, “I guarantee you two things will happen: one, he will have the best secret service in history, and second, he will drive white people mad.”

We burst out laughing.

Funny thing – or not so much, really – that’s exactly what happened.

Now, now… breathe. Not all the whites, of course. It was hyperbole. So relax.

Yet it has happened. The election of America’s first black president has ignited the stew of racism simmering in our nation’s darkest slow cookers. And for the next eight years, a whole bunch of people sat down at the table and had fun.

Until their bellies overflowed. Until they were furious. So much that ….

… The opposing party’s congressional leaders have categorically stated that they will not lend anything to support their policies, no matter who they might benefit from.

… Those same lawmakers vehemently refused to consider an Obama Supreme Court candidate even during the last days of his presidency, defying the very Constitution they arrogantly claim to defend.

… A president was elected whose main “policy” seemed to be simply an obama America, oh, and get richer and already richer friends.

… His fanatics stormed the United States Capitol, an act of insurgency none of us have seen and hopefully never will.

… the leaders of our own state – the Republicans of Alabama, let’s be clear, led by Governor Kay Ivey – have steadfastly and stubbornly refused for years to expand Medicaid, refused access to millions of federal dollars to help provide more Alabamians with health insurance coverage. A blanket that could improve their life. Coverage that could encourage them to seek medical attention before they develop a life-threatening illness.

All because, well, knocked out, it was Obama’s idea. It was part of Obamacare, the term they tried to derisively use to taint the Affordable Care Act, the flawed effort but what else do you have to create health care options. affordable for Americans who need it most. (The former president finally toppled the scoffers and laughed at the term.)

Now we are there, over 12 years since 2008, and I appreciate it. Recognizing that, according to a new survey, most Alabamians have finally decided to expand Medicaid to cover more low-income adults, mostly working adults whose employers do not provide insurance or who still cannot afford.

Some, including Governor Ivey, claim their opposition is fiscal. Whenever the subject arises, she usually responds with a derivation: “Can we afford it?” “

We missed our chance with a rare federal gift and it cost the state millions. When the expansion was launched in 2014, the federal government paid 100% of the cost for the first three years. We had a winning lottery ticket lost in the washer.

After the first three years, the federal government still paid 90 percent of any increased costs to the states. Now they are about to pay more. As my colleague Kyle Whitmire pointed out earlier this week, the Democrat-designed stimulus package infiltrating the United States House includes a provision to increase federal coverage to 95% of costs.

The question Governor Ivey and the rest of the dissenters should be asking themselves: Can’t we afford it?

Especially now, as Alabamians face the disastrous effects of COVID-19. Effects that shed light on embarrassing and long ignored racial and socio-economic disparities. Effects likely to manifest for years, even decades, in Alabamians who survived the virus.

It is estimated that the expansion of Medicaid would affect more than 200,000 low-income residents. Individuals earning up to $ 17,609 and families with incomes of approximately $ 30,000 would be eligible.

As Donald Trump tried unsuccessfully to dismantle Obamacare, six other states approved the expansion of Medicaid during his presidency, including Oklahoma and ruby ​​red Missouri.

Today, we are one of 12 states yet to expand Medicaid. Are we not proud?

Give up the ghost, Governor Ivey, the ghost of Obama. Or risk being haunted by something far scarier: failing, once again, to help the Alabamians who are struggling to help themselves. Especially now.

A voice for what’s right and wrong in Birmingham, Alabama (and beyond), Roy’s column appears in The Birmingham News and AL.com, as well as in the Huntsville Times, the Mobile Register. Reach it at [email protected] and follow it to twitter.com/roysj