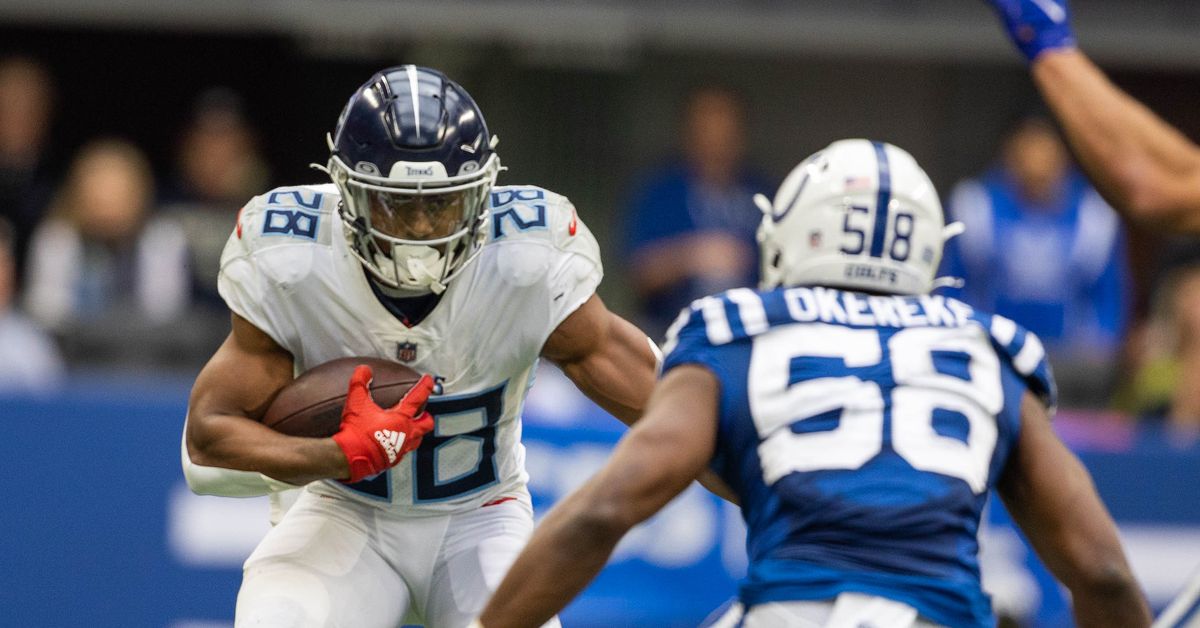 With Tennessee Titans superstar running back Derrick Henry potentially sidelined for the remainder of the season with a foot injury, Jeremy McNichols will be the next man in their backfield unless they make a trade. before the Tuesday deadline.

McNichols will likely become a hot name on the waiver wire with Henry potentially made for the remainder of the regular season. The 5-foot-9 running back is currently listed in 1.9% of ESPN’s fantasy football leagues. However, fantasy football managers shouldn’t expect Henry-type numbers or even McNichols-like RB2 statistics.

The 27-year-old running back is used more as an off-backfield receiver in the Titans’ offense this season. McNichols has just seven carries and 38 rushing yards, as well as 21 receptions (27 targets) for 203 yards and a touchdown this season.

In Sunday’s game against the Indianapolis Colts, the former Boise State backer was the Titans’ second receiver with three receptions (three targets) for 33 yards. It was the fourth time this season that McNichols had three or more receptions in a game.

The NFL trade deadline is Tuesday afternoon, so by the time you need to finalize a roster request, you’ll know if the Titans have taken any steps to build their depth.