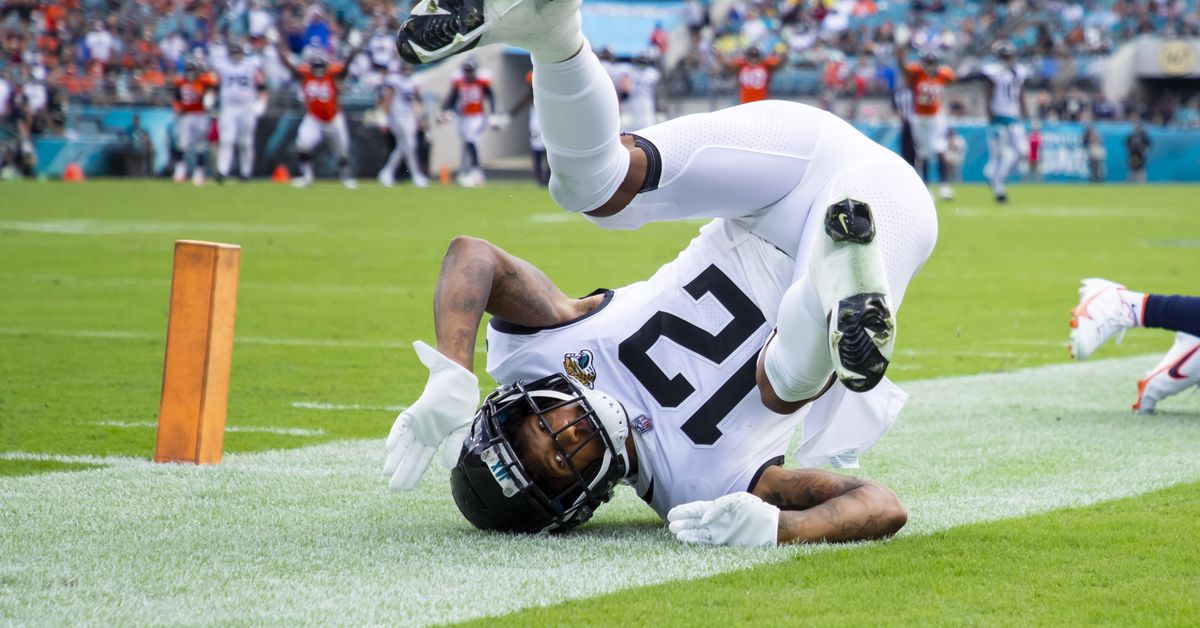 Tyron Johnson’s experience in Jacksonville came to an end today as the team announced this morning that he would be stepping down, ending his short term tenure with the franchise. Johnson has been a good scratch the last two weeks of the season.

Johnson, a wide receiver who was claimed on waivers from the Los Angeles Chargers on the final NFL Cup day earlier this year, was to become a big part of the team’s offense as a deep threat, but was never able to put it all together.

His need increased after DJ Chark’s injury in Week 4 against the Cincinnati Bengals, a broken ankle that would end his season.

In the end, Johnson was never able to put it all together, not quite understanding the entire playbook, which tormented him and led to his release by the Chargers in Los Angeles. When Johnson was called in to play, he was dropping passes or was just not in the right area.

Last season, Johnson was one of the league’s best deep threats in limited time, capturing 20 passes for 398 yards and three touchdowns, good for 19.9 yards per reception.

Earlier in the season, offensive coordinator Darrell Bevell explained why Johnson didn’t see the pitch as often as one might have thought before the start of the year, noting that there was a certain level of confidence in these decisions.

“I think the most important thing is every time you’re put out there, there are trust factors, I think trust factors with the coaches and the players, and then from the players to the players as well.” , Bevell said of Johnson in Week 5.

Now Johnson finds himself in the open market again, and the Jaguars find themselves in dire need of a catcher’s need, especially on the outside.

The Jaguars signed former Buffalo Bills wide receiver John Brown to their practice squad last week. Brown has played the role of deep threat a lot throughout his career and could be called upon to do so here with Jacksonville soon.