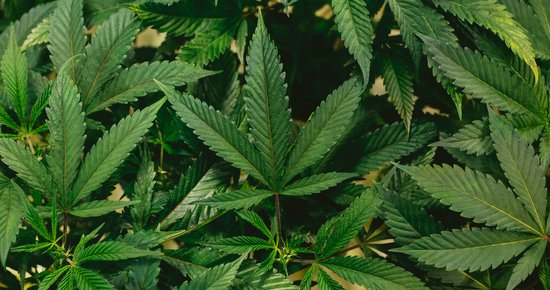 Photo by Jeff W on Unsplash.

For some time now, the Department of Cannabis Control (DCC) has sought to repair some of the legacy of the War on Drugs by waiving fees to communities historically harmed by prohibition.

Now, the department wants to hear from the cannabis community about proposed changes to the state’s cannabis equity fee waiver program and proposed deferral regulations. DCC members invited cannabis industry stakeholders to a virtual meeting on Wednesday to seek feedback on the proposed changes and to consider additional strategies.

“The meeting was really about composing these regulations and building the [existing Equity Fee Waiver] Program,” said Ross Gordon, policy director at the Humboldt County Growers Alliance (HCGA) and policy chair at the Origins Council, in a follow-up interview with the Outpost. “…We have many equity businesses among our members – and obviously thousands across the state – that have been impacted by the war on drugs, and the state has set aside funds and created a program to provide equity fee waivers and deferrals for these equity firms.

Eugene Hillsman, associate director of equity and inclusion at DCC, identified two key changes to the existing fee waiver program. The first is to “narrow the residency criteria” of counties with above-average drug-related charge rates by focusing on people who “live in a census tract with a high poverty rate” or “ who have a family member who was convicted of a cannabis-related crime.

The second change concerns restrictions on gross receipts and moving the gross receipts cap to $5 million. “Previously the [DCC] established a $1.5 million benchmark for waiver applicants,” he said. “Based on feedback from licensees who are currently participating in our local jurisdictions’ equity programs, the [DCC] determined that an expected gross revenue of less than or equal to $5 million corresponded more accurately to licenses held by commercial cannabis operators.

Several cannabis industry representatives have asked about the timing of the deferral program, stressing the need for immediate help.

The quickest way to enact the fee waiver changes would be to re-enact the emergency regulations that were passed last year, Hillsman said. The DCC will accept stakeholder feedback until May and the proposed deferral program is to be implemented by January 2023.

Addressing the Outpost After the meeting, Gordon said the HCGA would encourage the DCC to grant a fee waiver to cannabis growers with multiple cultivation licenses.

“One thing that may not always be understood is that there are a lot of farmers who have two very small cultivation licenses because they want to cultivate using different methods,” he said. -he declares. “Having multiple licenses doesn’t mean you’re big, it just means you want to grow some of your crop in a greenhouse, which requires a license, and some crops outdoors, which requires a separate license.”

More than anything, having a fair regulatory framework is critical, Gordon said. “Having a fair framework is really a question about the whole regulatory framework of the state and the fiscal framework as a whole,” he said. “It’s not that we have something called equity programs…and then, on the other hand, we talk about taxes and that’s a different conversation. It’s really the same conversation. … It’s great to have these equity programs and these resources available, but at the end of the day, if we have a tax framework, that won’t work for small businesses… it won’t work.

DCC will accept written comments from stakeholders until May 2, 2022. Comments can be sent to [email protected] with “DCC Equity Fee Waiver and Deferral” in the subject line.

A portion of Wednesday’s presentation can be viewed in the video below.