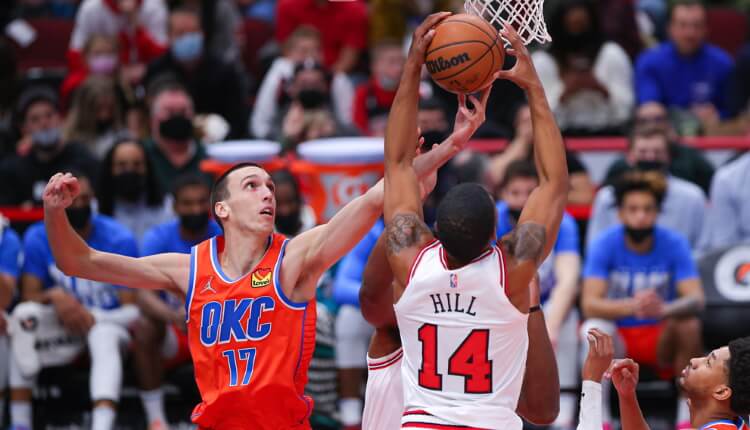 Welcome to another week of fantasy basketball season! The football season is over, which brings the NBA season to the fore. The NBA All-Star break is right around the corner, so keep an eye on your league settings and make sure you don’t max out your ads too quickly if you’re in a two-week game! The trade deadline has passed, so the home stretch is in sight baby! There haven’t been a ton of winners since the deadline, but here are some names that are ready to make an impact on your fantasy basketball rosters…

What?! Not hosting your fantasy basketball league on Fantrax? Inconceivable! Check out all the features of Fantrax Fantasy Basketball Commissioner and we’re pretty sure you’ll adopt our way of thinking.

Surprisingly, there weren’t a ton of massive fantasy winners after last week’s NBA trade deadline. A heavy sleeper, however, was Devin Vassell after Derrick White was shipped off to Boston, creating an additional opportunity in San Antonio. Vassell has started the last two games and is averaging 17 points, 4.5 rebounds, 3.5 assists, 1.0 steals and 2.5 3PTMs over that span. Pretty solid baby! The youth movement continues for Spurs, so expect the 21-year-old to get all the minutes he can manage going forward. Vassell blasted his way to a staple with 16 double-digit games to start 2022.

Make those four 15-point, 5-rebound games for Chuma Okeke over the past two and a half weeks. It definitely needs to be listed more with this type of production. Okeke continues to post strong numbers in Orlando and is averaging 13 points, 7.3 rebounds, 1.3 steals and 3.3 3PTMs over his last three games. The Magic have nothing to play for, so young players like Okeke will continue to get minutes, which means he’s a solid addition. Okeke… do you love me!? I do!

Another big trade time winner is the oft-talked about Marvin Bagley III. There weren’t too many other landing spots that made the old 2018 2n/a all in all, choose a great addition in the fantasy than to land with the Detroit Pistons. The Pistons frontcourt is extremely thin, especially with Kelly Olynyk’s recent fights giving Bagley an immediate chance to receive starting minutes. Bagley was coming off some of the best basketball of his career, posting at least 9 rebounds in three straight games and averaging 17 points just over a month ago in Sacramento. Rev your Detroit engines…a new Piston is in town.

Oshae Brissett was a fantasy darling in the fantasy basketball playoffs last season and he’s starting to turn heads again. The Indiana Pacers traded a ton of talent at the trade deadline and are still struggling with multiple injuries to key players such as Malcolm Brogdon and Myles Turner. Until they return, Brissett will be accumulating the stats and what a week it has been! Brissett is averaging 18.3 points, 10 rebounds, 1.3 blocks and 2.3 3PTMs over his last three games, including back-to-back double-doubles. Add away!

Poku season baby! It may not be Poku’s official season yet, but Aleksej Pokusevski offers a ton of benefits that are too hard to pass up. The second has been spending a lot of time in the G-league lately, but around the All-Star break teams are exploring more with their youth and the Thunder need to see what they have in the talented 7-footer. Pokusevski is just posting 16.5 points, 5 rebounds, 2 steals, 1.5 blocks and 2.5 3PTMs in two of his last three games. It can hit a ton of categories and deserves a spot on your fancy list.