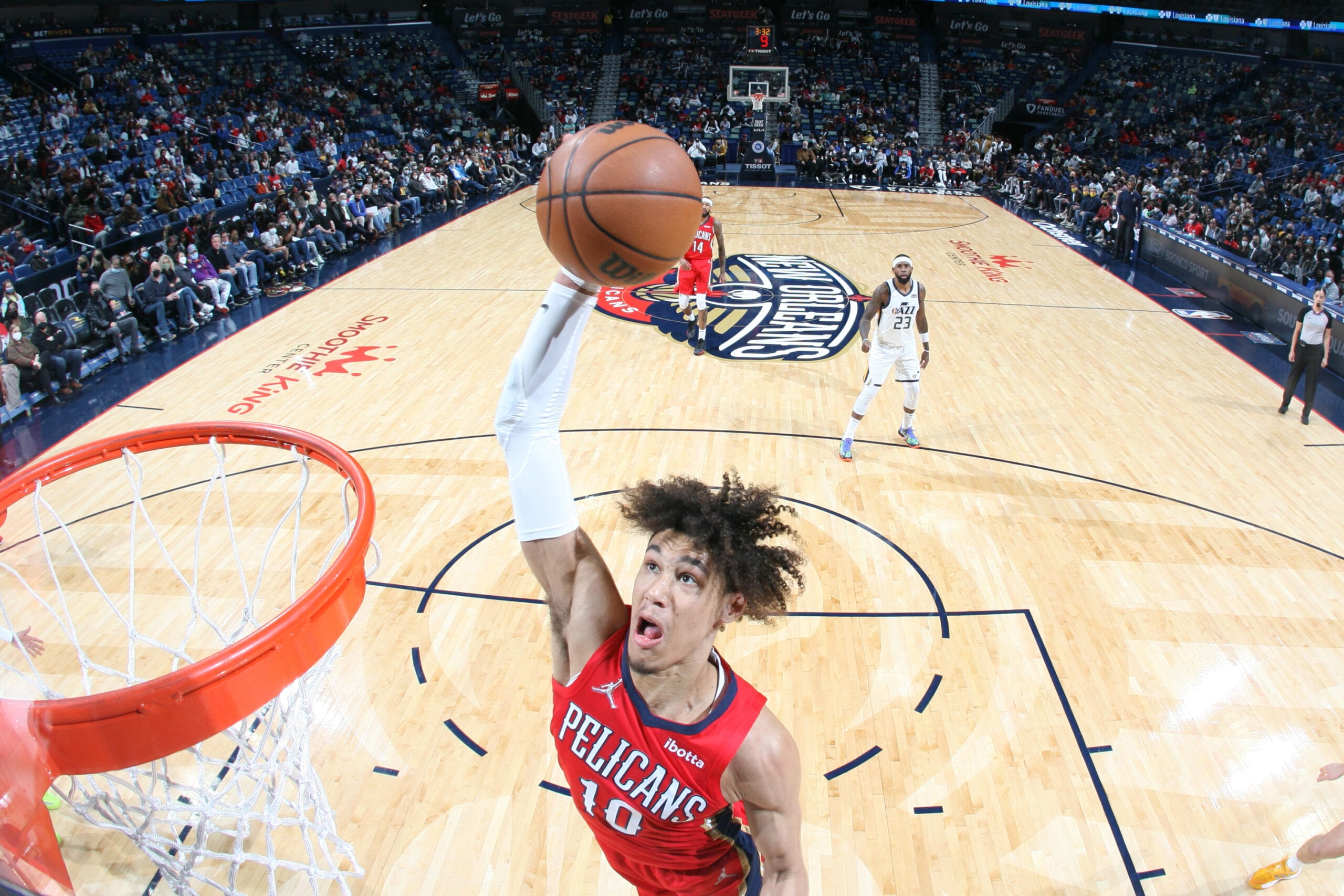 Jaxson Hayes could be a good bet for a breakout as the NBA trade deadline approaches.

With the NBA Trade Deadline approaching on February 10, we’re going to be doing a special edition of the Waiver Wire Trade Deadline where we’ll be looking at the players you should be looking to grab before their value goes up in value. arrow due to a potential exchange.

We’ll look at the players you should consider signing who are registered in four different tiers:

Plus, we’ll give you a breakdown of each team’s match count for the coming week so you can maximize your streamers’ minutes.

Without further ado, let’s get to it, starting with the schedule and offensive pace ratings, thanks to our friends at Razzball.

I hate to question injuries, but the timing of De’Aaron Fox’s extended absence with his ankle injury lining up with the trade deadline is enough to make you at least raise an eyebrow. The thing is, Fox hasn’t become the player — real or fantasy — that we hoped he would become now.

He’s still very, very good, but he’s not a star, and with Mitchell and Tyrese Haliburton, the Kings could — and probably should — leave Fox. If that happens, Mitchell becomes a go-to player in the 12-team leagues.

I’ve been on Wizard’s crosses all season because it was bound to be messy. And of course it is. The most likely outcome is Washington leaving Thomas Bryant and/or Montrez Harrell, which would put Gafford back in must-win territory in all leagues.

He’s not available in a ton of leagues, but where he is, he needs to be registered before the deadline.

The Rockets are another team that should be active by the deadline, and whether or not they open up a clear path for Sengun to get playing time due to a trade, they have absolutely nothing to play in the game. second half of the season.

Sengun should have a ton of running going forward, and we saw Sengun’s advantage. Sengun has a real ability to win the league.

I’m a wrestling fan, so I think of the Red Rooster every time I see Taylor’s name.

Truth be told, I had no idea who Taylor was a few weeks ago, but I feel like it happens every year where a player can come out of nowhere, not really be this good in real life life, but be a must-have player on the stretch for a unicorn-like performance.

Taylor looks like he could be that guy this year.

Jackson’s breakout was huge against the Clippers, as he posted a 26/10 line. It showed us what could happen if the Pacers trade or rest their big guys.

But then he hurt his ankle on Wednesday night.

Why can’t we have nice things?

There’s no timetable for Jackson’s return, but he’s definitely worth hiding with the deadline less than a week away. He has the ability to win the league.

It’s like we’ve been waiting forever now for 21-year-old Hayes to get into the fantasy. Well, he still isn’t very close, but with Josh Hart out, Hayes has at least shown some signs of life.

Hayes has posted top 75 numbers in the 9-cat leagues over the past two weeks, averaging 13/6 during that streak with a massive 22/11 game.

It’s unclear if the Pelicans go to buyers or sellers, but Hayes could benefit either way.

Houston could be big sellers at the deadline, which means a big opportunity for Alperen Sengun, Jalen Green and Martin.

Sengun and Green are already known and listed, but Martin is flying under the radar.

Over his last six games, Martin has averaged 11.8 points, 4.5 boards, 1.5 assists and 1.3 STOCKS. Expect Martin’s minutes and usage to increase to make him a go-to player in 12-team leagues.

Jones is the player I’m least excited about on this list, but Richaun Holmes has disappointed so much this season, and the Kings may be looking to move him on.

Jones wouldn’t have standard league value, but he would consider more usage and a role in 15-team leagues.

Michael Waterloo is a featured writer for FantasyPros. For more on Michael, check out his archive and follow him @MichaelWaterloo.