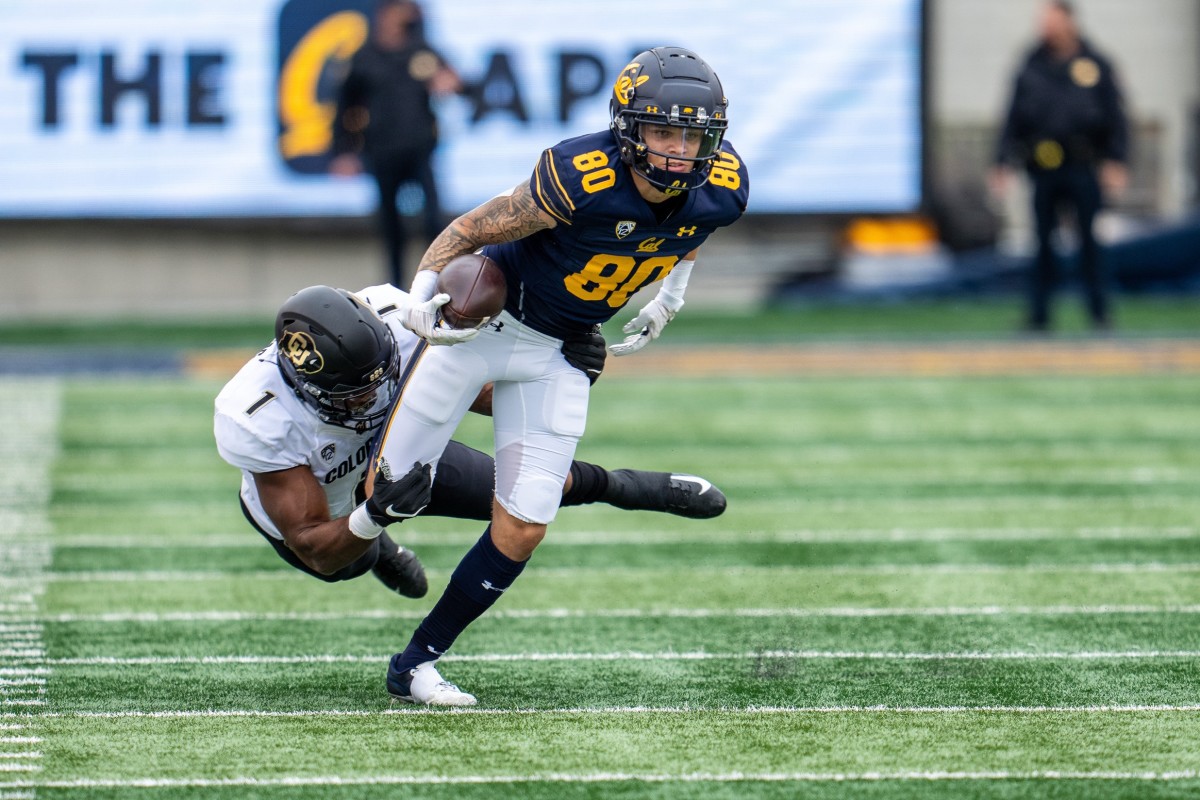 Former Cal wide receiver Trevon Clark had a short stint with the Baltimore Ravens when he was waived by the Ravens last week.

However, he never got to show his skills in a game as he was released before the Ravens played their preseason opener, which is scheduled for Thursday night against the Tennessee Titans.

Clark was waived on Wednesday to make room for outside linebacker David Ojabo, who was returned to the 90-man roster after signing his rookie contract.

Clark can now try to sign with another team, although his best move may be hanging on to a practice squad for the 2022 NFL season.

He played in 28 career games with 17 starts during his three seasons at Cal from 2019 to 2021, and he contributed to 58 receptions for 931 yards and six touchdowns.

Clark became the Golden Bears’ leading receiver. He had 22 explosive plays for 15 yards or more, including 21 on receptions and one on a ground game.

Prior to coming to Cal, Clark played two seasons at El Camino (Junior) College. He had 89 receptions, 1,561 receiving yards and 20 touchdowns in those two seasons.

Find Cal Sports Report on Facebook by going to https://www.facebook.com/si.calsportsreport