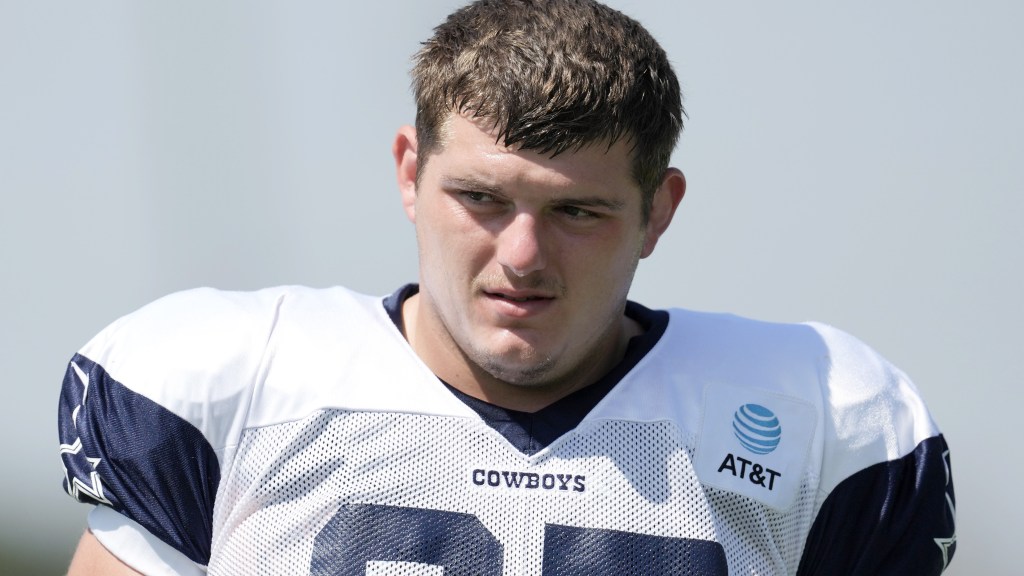 A roster flip-flop that the Cowboys hoped would be strictly procedural cost them one of their fifth-round draft picks from last spring.

Defensive tackle John Ridgeway was assigned to Washington Commanders on Monday. The Cowboys had waived the Arkansas product over the weekend to narrow the roster to 53 players for Sunday’s game against Cincinnati.

The Commanders were one of multiple teams to file a claim on Ridgeway, according to reports, but were the highest-ranked team in waiver order.

Picked 178th overall, Ridgeway was drafted for his immense size (6-foot-5, 320 pounds) and unpleasant attitude. He quickly became a fan favorite due to his nickname “Vanilla Gorilla” and his colorful interview responses. But the rookie appeared to struggle in camp and was inactive for the Week 1 opener against Tampa Bay.

Dan Quinn said he was going to miss John Ridgeway (5th round pick) who was picked up on waivers by Washington. ” He is hard. He is strong.”

The Cowboys have chosen in this first part of the season to make some weekly reshuffles with their list. as a way to keep as many players as possible in-house. Reserve quarterbacks and several other specialists were left on the practice squad to be game-day uplifts. For Week 2, quarterback Cooper Rush and kicker Brett Maher had to be signed to the active roster. And Jayron Kearse and Connor McGovern have been left out on short-term injured reserve with hopes they’ll be back in less than four weeks.

With all these maneuvers, the team had to make room on the roster, even if only temporarily.

Ridgeway was one of those cuts for Week 2. And while the Cowboys had hoped to re-sign him to the practice squad, the move required exposing Ridgeway to waivers, where another team could claim him. for herself.