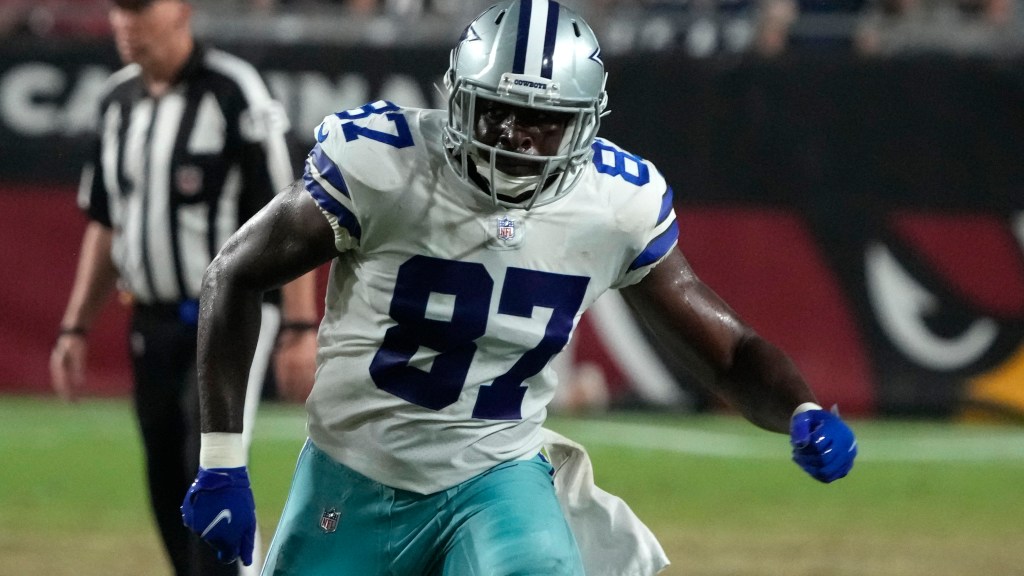 The Cowboys did some business right before their date with the Patriots. Two players have been signed to the 53-man roster after seeing heavy special teams action for five weeks, and the exit of a deep player may signal good news for a decorated superstar regarding his availability for the week. 6.

Attacking tackle Brandon Knight was told by the club on Saturday that he would be suspended. The undrafted Indiana free agent has only been on the court three shots so far this season, all in the Cowboys’ Week 3 win over Philadelphia.

But the timing of his release may indicate left tackle Tyron Smith will, in fact, be ready to start Sunday’s competition. The seven-time Pro Bowler received a “questionable” designation in Friday’s injury report after a neck scar left him limited over the weekend. An MRI came back “favorable,” but the Cowboys have officially maintained a wait-and-see approach with his status for this week’s game.

According to Michael Gehlken from Dallas Morning News, Knight “is expected to join the practice squad on Monday if he accepts the waivers, but [there is] no guarantee that it will not be claimed.

Meanwhile, rookie fullback Nick Ralston and veteran tight end Jeremy Sprinkle receive contracts and are added to the regular roster after several weeks of training team elevations for both.

Both have contributed significantly to Dallas’ third phase this season; Ralston has registered nearly a third of the club’s special teams in Week 5 and will be signed to a two-year contract. Sprinkle has played almost half of the special team snaps and has also been on the pitch for a few offensive plays.