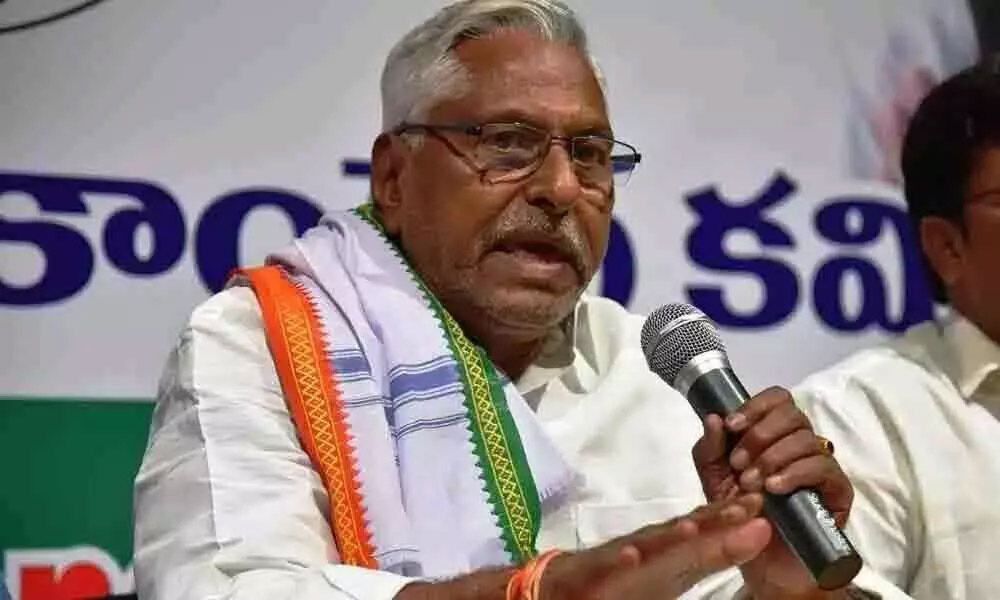 Hyderabad: MLC Congressman T Jeevan Reddy lambasted Chief Minister K Chandrashekar Rao on Monday and alleged the latter was harassing farmers. Speaking to the media at Jagitial, Reddy predicted this was the TRS government’s final annual budget. He alleged that the Chief Minister forgot his promise to grant crop loan waiver of up to Rs 75,000 to farmers.

He demanded that the CM provide new loans to farmers by vouching for the banks. He mocked that KCR was the only CM who did not attend the state level bankers committee meeting. He said farmers had grown only 50% of the actual annual amount of paddy due to the CM’s call not to grow it and added that the state only got 50 lakh metric tons of paddy. as yield this year compared to actual production of 1 crore metric tons.

He said cultivation of paddy worth Rs 10,000 crore has been curtailed in the state this year. He said the Congress party was ready to extend its support to the CM against the struggle with the central government over the issue of paddy supply.

The Down Syndrome Association of Atlanta on Medicaid Waivers