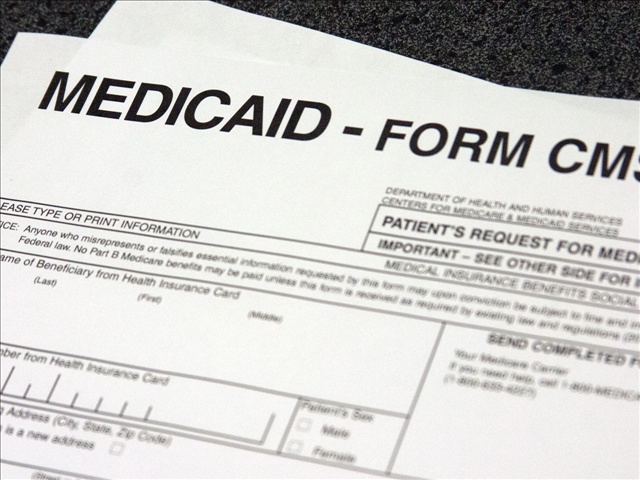 The waiver was intended as a temporary bridging program, to give states time to transition to an expanded Medicaid program under the Affordable Care Act in 2010.

The state still hasn’t expanded, because in 2012 the U.S. Supreme Court ruled that states could not be forced to expand Medicaid.

The waiver partially reimburses hospitals for care of uninsured Texans who walk through their doors.

“This waiver helps poor and underserved people who rely on these funding mechanisms to have hospitals in their communities,” Donald Lee, president of Texas Essential Healthcare Partnerships, said Wednesday.

“There are 5 million people who don’t have insurance or don’t have enough insurance, so when they go to the hospital, those costs are paid,” Lee continued.

Biden revoked the waiver in an attempt to force Texas Republicans to permanently expand Medicaid in Texas, though lawmakers have consistently refused.

“These waivers do not address the coverage gap,” Rep. Bucy said.

The coverage gap refers to the estimated 1.7 million Texans who are too poor to be eligible for Affordable Care Act market assistance, but who are ineligible for Medicaid because they are above the income threshold due to the state’s refusal to extend coverage.

Republicans, however, said the expansion could backfire and hurt those already enrolled in the program.

“We have to be careful. Saying we’re going to increase the number of people coming in, your two-week wait for doctor’s appointments is going to be four. And sometimes you can’t wait four weeks,” State Rep. Jim Murphy, a Republican from Houston, said Wednesday.

“There really are people in need waiting for care on Medicaid. These are called Medicaid waiting lists. And so when you push a group of able-bodied adults into the program, you’re stealing money from the really needy, so the disabled, and others who really need it, that health care, you’re stealing money from them. money to give to able-bodied adults,” Stewart Whitson, legal director of the Foundation for Government Accountability.

The foundation did an analysis on how the expansion might impact Texas.

“If you extend Medicaid coverage to all Texans, based on income alone, then here are the numbers you’re looking at: It’s going to cost the state of Texas $12.9 billion over the next decade, that cost doesn’t include what the federal government pays, that’s exactly what it’s going to cost Texas,” Whitson said.

“State legislatures don’t have an endless amount of money to spend. And there are a lot of worthwhile programs, there’s public safety, there’s education, there’s health care, and there’s a ton of other important issues,” Whitson continued.

Republicans also fear the federal government will backtrack on how much they are willing to pay for coverage, leaving the state to pick up more of the bill in the future.

“It’s a nine-to-one federal game, and we’re already paying the taxes for it. So we’re not asking for more money, we’re talking about the money you already pay as taxpayers to the federal government, let’s bring those dollars home and help Texans,” Bucy noted.

Rep. Murphy said the Biden administration’s decision last year revoking the waiver in the first place did not help move the needle for Republicans.

“Come on, wait a second, is Texans’ health care going to be subject to the whims of an administration?” Hopefully not, but we have to work on that,” Murphy said.

Bucy, however, pointed to other states that extended for a confidence bid.

“We have a 10-year track record of other states that have done this, where the government hasn’t changed the plan or the policy,” Bucy explained.

Bucy also added that Democrats have suggested expansion bills that would include language to get lawmakers back to the drawing board if the federal government adjusts the amount they are willing to pay.

“We have proposed bills that would do that. And we told our colleagues across the way that we would be willing to vote because we know it’s best for Texans,” he said.

Murphy said the state is slowly working on its own plan to cover the uninsured.

“We extended maternal care in the last session, so that mothers have care when their babies are born. So we try to find those things that we can all support. And it’s just a multi-faceted game, it’s like a three-level chess game, it’s not an easy process, but we’re getting there,” Murphy said.