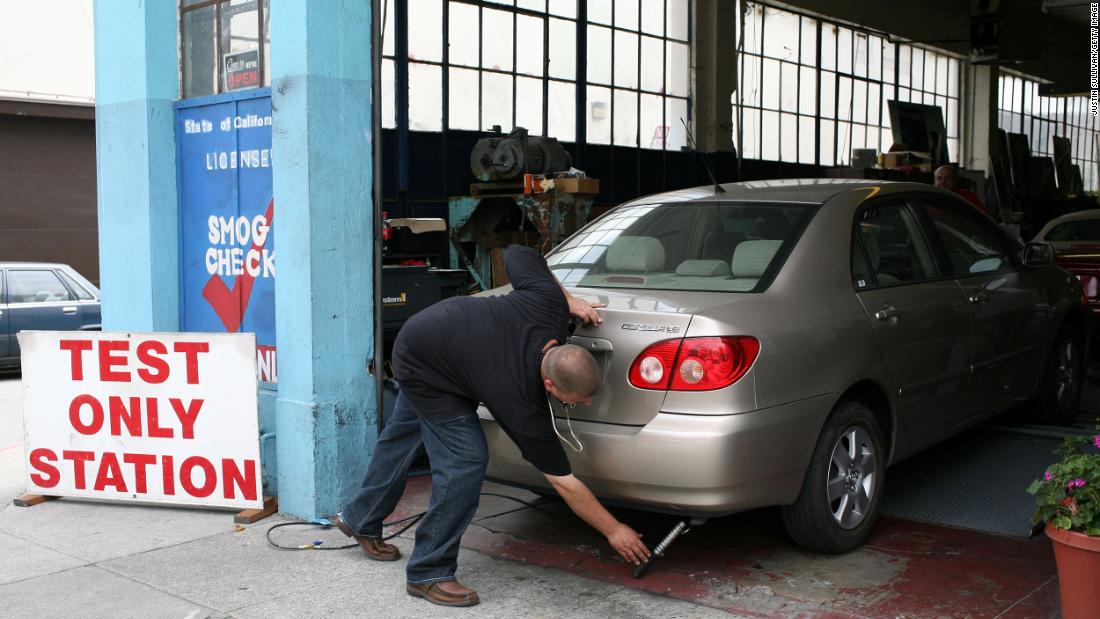 “We are working to finalize a decision on the California waiver and expect to issue a decision in the near future,” Conger told CNN.

The New York Times first reported that the Biden administration would soon issue the waiver.

In 2019, the Trump administration rescinded California’s decades-old waiver that allowed it to set its own air pollution standards. President Joe Biden’s administration announced last year that it would begin the process of reinstating the waiver.

“States play a critical role in leading us to a future of zero-emissions transportation,” Earthjustice President Abigail Dillen said in a statement. “By restoring California’s authority to set tougher clean car standards, the Biden administration is taking a critical step to protect public health and address the climate crisis.”

Daniel Sperling, a member of the California Air Resources Board, told CNN the state will not use its waiver to implement tougher standards for cars and light trucks and will instead use the standards recently adopted by Biden. EPA. New federal fuel emissions, setting standards for these vehicles at 40 miles per gallon by the 2026 model year, were finalized in December.

Where the state will likely go further than the federal government when it comes to heavy-duty truck standards, Sperling said.

In 2020, California Governor Gavin Newsom signed an executive order requiring all vehicles sold in the state to be zero emissions by 2035.

“This is the most impactful action our state can take to address climate change,” Newsom said in a press release at the time. “Californians shouldn’t have to worry if our cars are giving our kids asthma. Our cars shouldn’t make wildfires worse – and create more smoky-air days. Cars shouldn’t melting glaciers or raising sea levels threatening our cherished beaches and coastlines.”

“The pledge is for zero-emission vehicles, all on-road vehicles,” Sperling told CNN.

This story has been updated with additional information.

Singapore to lift quarantine for all travelers vaccinated after omicron