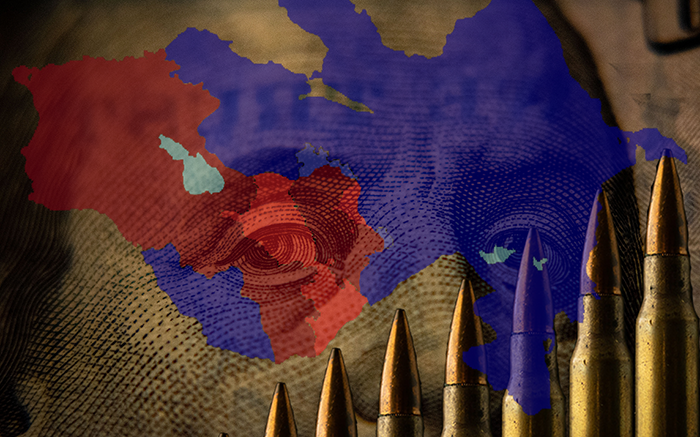 WASHINGTON, DC – On June 24, 2022, the Department of State transmitted to Congress the waiver signed by the Biden administration to circumvent Section 907 of the Liberty Support Act, which prohibits most U.S. military aid to the Azerbaijani government until it takes demonstrable steps to end all blockades and other offensive uses of force against Armenia and Nagorno-Karabakh (Artsakh).

The Armenian Council of America strongly opposes the Section 907 waiver.

Continuing the disparity of military aid between Armenia and Azerbaijan, which began with the previous administration, while the Azerbaijani regime; violates the norms of international law, illegally holds Armenian prisoners of war and civilians hostage, continues its aggressive actions against Armenia and Artsakh in violation of the November 9 trilateral agreement of cessation of hostilities, seeks to occupy more and more Armenian territory and Artsakh, continues its attempt to ethnically cleanse Armenians and Armenian cultural sites in the Artsakh region, prefers military aggression to a peaceful diplomatic resolution and rejects the role of the Minsk Group (co-chaired by the United States) in the search for a peaceful solution to the conflict in Artsakh, is reprehensible.

Additionally, earlier this year, the U.S. Government Accounting Office (GAO) released a report stating that the Department of State “failed to comply with reporting requirements for the U.S. Aid Review.” to the Azerbaijani government”. Congress needs advance notice and review of any aid offered to Azerbaijan and must ensure accountability for disparity in past military aid.

“It is extremely disappointing that the Biden administration, which has duly acknowledged the Armenian Genocide and has taken a strong stance on genocide prevention, does not realize that continuing to provide disproportionate military aid to Azerbaijan will increase the chances of Azerbaijani dictatorship to cleanse the Artsakh region of its native Armenian inhabitants,” said Chairman of the Armenian Council of America, Mr. Sevak Khatchadorian. “The Armenian Council of America urges Congress to exercise its control to avoid another genocide of the Armenian people and to defend the values ​​and integrity of the United States.”

As a grassroots organization, ACA is dedicated to working with all political leaders, offering information, analysis and resources on Armenia to policymakers, media, students and activists, advocating on issues important to Armenian Americans. ACA also aims to strengthen US-Armenia and US-Artsakh ties, developing programs that promote sustainable economic growth and good governance in Armenia, while promoting the values ​​and responsibilities of global citizenship. For more information, please visit https://www.armeniancouncil.org/ACA/