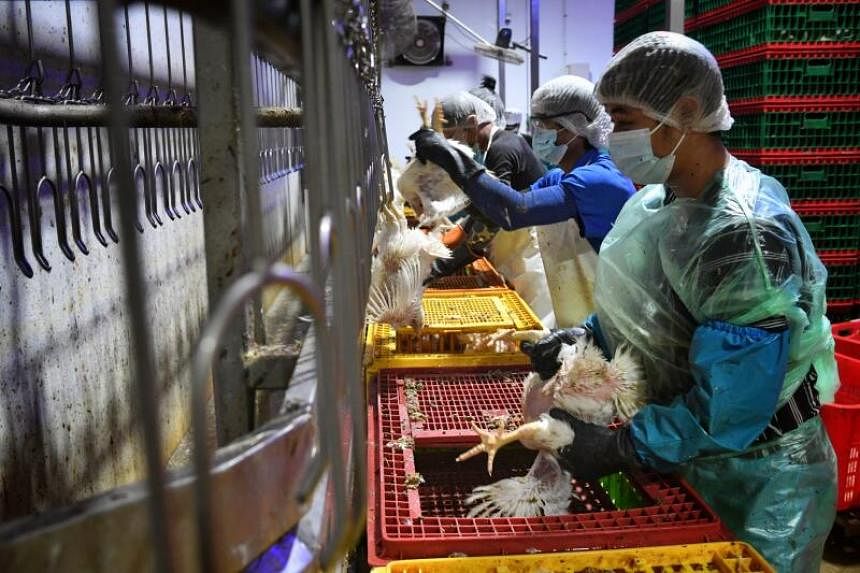 The measure, part of a $1.5 billion support package announced Tuesday (June 21) by Deputy Prime Minister and Finance Minister Lawrence Wong, helps chicken slaughterhouses, which have had to shut down production lines and furlough staff due to the export ban.

Malaysia imposed a ban on chicken exports on June 1 amid shortages in the country. Exports have been halted so that prices and supply can stabilize.

According to the Singapore Food Agency, 34% of Singapore’s chicken supply comes from Malaysia. Most of the Malaysian supply is imported live and slaughtered here.

In Tuesday’s announcement, the Premier of State for Labor Koh Poh Koon acknowledged that chicken slaughterhouses, whose employees’ livelihoods depend on slaughtering live chickens, have been directly affected by the ban.

He added that the government was working closely with industry partners and trade associations to increase the alternative supply of chicken in Singapore and had also assisted affected stall owners to switch to frozen chicken or thawed frozen chicken. as alternatives.

Mr Koh said: “The majority of poultry and chicken rice stalls have remained open and have been able to branch out and use thawed frozen chicken, fresh kampung chicken or black chicken.”

He added that the National Environment Agency has received calls from merchants who continue to have difficulty pivoting and is actively assisting them.

He said, “We want to urge all merchants and businesses to adapt and support each other in finding new sources, new channels and thinking about new business models.”